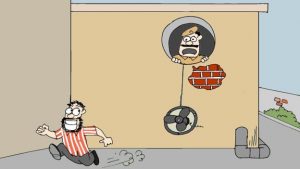 Do you people understand what siding with the Enemies of God will mean?? You are seeing the beginning of the Wrath of God being poured out in the Sodomy State of California! Why do you think all of the fires and flooding is happening? California Dreamin’ or Nightmare?

It is not just the Sodomy State that is suffering either. They are a focal point because of all the wickedness that is spawn from there! The LORD will allow a Wicked Nation to be overrun and destroyed. Scripture says it. Repent America, Repent!!

Isaiah 1:4-6 “Ah sinful nation, a people laden with iniquity, a seed of evildoers, children that are corrupters: they have forsaken the LORD, they have provoked the Holy One of Israel unto anger, they are gone away backward. 5 Why should ye be stricken any more? ye will revolt more and more: the whole head is sick, and the whole heart faint. 6 From the sole of the foot even unto the head there is no soundness in it; but wounds, and bruises, and putrifying sores: they have not been closed, neither bound up, neither mollified with ointment. 7 Your country is desolate, your cities are burned with fire: your land, strangers devour it in your presence, and it is desolate, as overthrown by strangers.”

Beto O’Rourke: We Should Tear Down The Walls Already In Place

Former Rep. Beto O’Rourke (D-Texas) said Thursday he would “absolutely” take down the border wall in El Paso, Texas, arguing that the structure has not made the city demonstrably safer.

MSNBC host Chris Hayes posed a question from Rep. Dan Crenshaw about whether O’Rourke would get rid of the wall if he could “snap your fingers” and make it happen.

“Yes. Absolutely. I’d take the wall down,” O’Rourke said on “All In” during an interview near the border on Thursday.

O’Rourke, who represented El Paso in Congress for three terms, added that he believes city residents would pass a referendum to remove the wall if it were put up for a vote.

He went on to say 4,000 migrants died trying to illegally invade the country because the walls made it so hard for them to stroll right in.

Remember though folks, as the New York Times assured us: Democrats do not want open borders!

“Better to say nothing and be thought a fool than to open your mouth and remove all doubt” – Whoever coined it!

Ecclesiastes 7:5 “It is better to hear the rebuke of the wise, than for a man to hear the song of fools.” 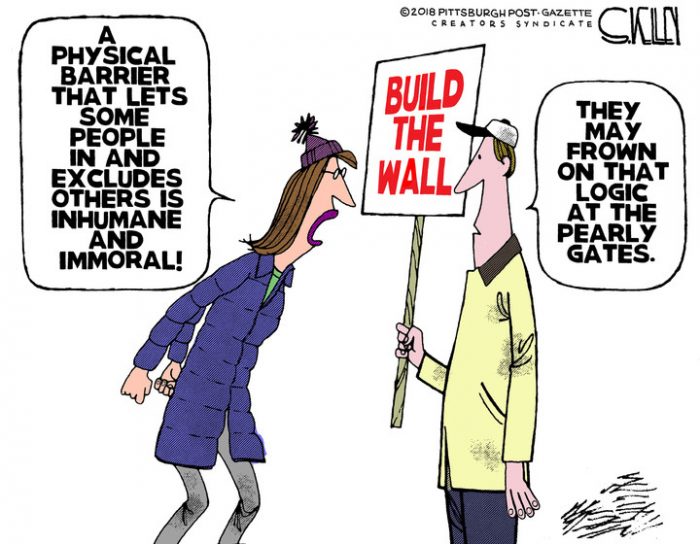 Ole Bobby O’Rourke apparently has not read the following Proverb:

Proverbs 17:28 “Even a fool, when he holdeth his peace, is counted wise: and he that shutteth his lips is esteemed a man of understanding.”

Read the rest of this article here