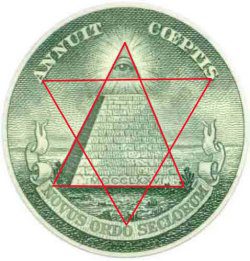 IF, they in fact have the election handed to them BY the New World Order Advocates! As of November 23, 2020, “the Fat Lady has not sung yet”! The End Times New World Order Promised to Us by George H.w. Bush is About to Be Delivered Through a Joe Biden and Kamala Harris Presidency Two … Click here to Read more 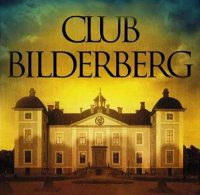 Authored by L.Todd Wood via Tsarizm.com, Russian Foreign Minister Sergei Lavrov declared today that the Western, liberal model of society is dying, and a new world order is taking its place. Lavrov made the comments at his annual meeting with students and professors at the Foreign Ministry’s Diplomatic Academy, reported Russian state news agency TASS. … Click here to Read more

Bilderberg globalists are concerned about the populist uprising sweeping Europe. Paul Watson – The annual elitist confab is set to meet this week in Turin, an appropriate venue given that Italy has just elected an anti-mass migration, eurosceptic coalition government. According to the group’s official website, the number one topic of conversation at this year’s … Click here to Read more

Lord  Jacob Rothschild has boasted that the New World Order will have full control over humanity by the year 2018.

Rothschild is no lord. He is a mere minion in Lucifer’s dominion!  That title belongs to God, who is LORD and his Son Jesus Christ who is Lord!

Your News Wire – An issue of the Rothschild controlled Economist magazine published in 1988 openly told its readers that a world currency would be in place by 2018.

Come out, Come out wherever you are: Bilderberg more exposed than ever before as Trump nationalism rises!

Kit Daniels | Infowars.com – News coverage of the Bilderberg Group hit record highs as the establishment media is forced to admit the true nature of the globalist gathering.

Remember it was only a few years ago that the mainstream media denied Bilderberg even existed.

Luciferian Elite enjoy perimeter security while advocating borderless world One good bit of news is that two Luciferian Bastards will not be attending ever again! David Rockefeller and Zbigniew Brzezinski are BOTH IN HELL right now never able to bother humanity again. However, the Demons that inhabited them are still around! Despite heavy attendance by … Click here to Read more

InfoWars – Sources close to the elitist Bilderberg Group conference tell Infowars that globalists see their agenda as being in “deep trouble” and that Donald Trump poses a “dangerous” risk to the international order and must be brought to heel or turfed out of office.

Over the years, Infowars has developed sources close to the conference who feed us information ahead of time as to the real agenda behind the confab, not just the vague list of topics released officially by Bilderberg.

InfoWars – Agenda talking points and a list of participants for the upcoming 65th annual Bilderberg globalist confab have been announced.

A press release from the official BilderbergMeetings.org website shows leaders of finance, media and politics will converge in Chantilly, Virginia at the Westfields Marriott starting this week from June 1-4.

Members who attend conferences are sworn to secrecy under Chatham House rules which they claim allows them to discuss issues freely without fear of criticism from the media or the public.

Chantilly was previously the site of numerous Bilderberg conferences, the latest being in 2009.