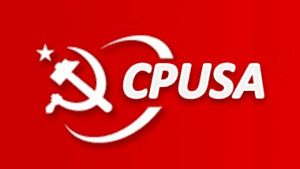 Steve Watson – A CNN analyst suggested Tuesday that young people should be ‘trained’ to think a certain way so that conservative media can be ‘done away with’.

CNN host John Berman and analyst Errol Louis were discussing Tucker Carlson’s comments toward Rep. Ilhan Omar. Carlson charged that Omar “hates this country more than ever,” and that she “is living proof that the way we practice immigration has become dangerous to this country.”

Omar said she believes that the US has “failed to live up to its founding ideals, a place that had disappointed her and so many immigrants, refugees and minorities like her.”

“Virtually every public statement she makes accuses Americans of bigotry and racism. This is an immoral country, she says. She has undisguised contempt for the United States and for its people,” Carlson charged.

Not gonna lie, it’s kinda fun watching a racist fool like this weeping about my presence in Congress 🤣🤣

No lies will stamp out my love for this country or my resolve to make our union more perfect.

They will just have to get used to calling me Congresswoman! https://t.co/nRS13yWivK

Step in CNN analyst Louis, who suggested young journalists should be brainwashed to “do away” with “racist garbage” like Carlson’s show and “talk radio”.

“We need to train young people, get them into the media, get them into broadcasting, and do away with that stuff, so it will just be a bad memory.” Louis declared.

“I like that: glass half-full analysis of that,” the host Berman responded.

This is exactly what CNN now stands for. Coercing Americans into believing that expressing any opinion that deviates from their broadcast panels (or, more accurately, from Democrat talking points) is hateful.