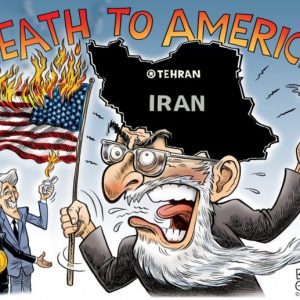 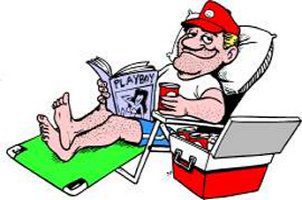 Japanese Oil Tanker Owner Says ‘Flying Object’ Likely Caused Explosion, Not ‘Mine’ As U.S. Claims Information Liberation – From Common Dreams: During a press conference just hours after the US released video footage that purported to show an Iranian boat removing an unexploded mine from the side of an oil tanker, the Japanese owner of that … Click here to Read more

Seems to me there is a Bible verse that parallels that: 1st Peter 5:8 “Be sober, be vigilant; because your adversary the devil, as a roaring lion, walketh about, seeking whom he may devour:”

In the first Gulf war, 1991, Saddam Hussein shot scud missiles at Israel. They fell short of the targets or went off course and no people were killed. Read Psalms 91 and pay close attention to verse 5 as you read: Psalms 91:5 “Thou shalt not be afraid for the terror by night; nor for the arrow (Missile) that flieth by day; They can run their demonic mouths all they want, but unless the Lord allows those missiles to come to target, aint nothing happening scooter!

Just like the Devil, Iran’s father, they are liars. John 8:44 “Ye are of your father the devil, and the lusts of your father ye will do. He was a murderer from the beginning, and abode not in the truth, because there is no truth in him. When he speaketh a lie, he speaketh of his own: for he is a liar, and the father of it.”

You can’t trust a Muslim because they will practice Taqiyya on you, as evidenced in the DEAL Obama made with them!

WASHINGTON (Reuters) – A U.S. Navy destroyer fired three warning shots at four Iranian fast-attack vessels near the Strait of Hormuz after they closed in at high speed and disregarded repeated requests to slow down, U.S. officials said on Monday.