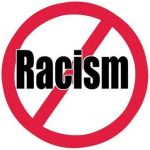 Why is she and others not indited and Jailed? Because the Swamp is NOT Drained and the Swamp Creatures are fighting hard. They are like rabid dogs who know they are about to be PUT DOWN!! The ones with the loudest mouths ARE the Crooks, Criminals and PEDOPHILES!!!!!!

You must stand up for Truth and Justice. DO NOT COWER or back down from these Criminals.

WASHINGTON – The Obama administration’s former Attorney General Loretta Lynch has made an impassioned video plea for more marching, blood and death on the streets – a video that was later posted on the Facebook page of Senate Democrats as “words of inspiration.”

Click here to Read moreFormer TOP Law Official of America calls for Riots, Blood and Death in the Streets!

Here are a few news headlines that have happened since the writing of this article. The first two are what prompted this article in 2015. Terror Plot Uncovered Overseas Names Chicago As Potential Target Chicago’s Weekend Toll: 2 Dead, 27 Wounded, Including 5-Year-Old Boy September 7, 2016: Chicago Surpasses 500 Homicides With Labor Day Weekend … Click here to Read more

Michelle Obama says America is entering a time of hopelessness

NewYork Times – With fewer than 40 days remaining as first lady, Michelle Obama is continuing to reflect on the legacy she and President Obama will leave after having occupied the White House for the last eight years. In a new interview with Oprah Winfrey, the first lady addressed the election outcome and suggested that the U.S. is entering a time of hopelessness.

Click here to Read moreFirst Lady of America is Hopeless