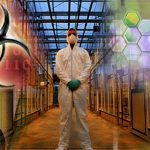 Austrian Study Finds ‘Sign Of Human Intervention’ In Coronavirus This is NOT NEW news? Bio-weapons expert Dr. Francis Boyle confirmed most of these points in an interview on The Alex Jones Show last month, (actually in late February!) arguing that the likelihood of the novel coronavirus outbreak originating from a biolab in Wuhan, China, was … Click here to Read more 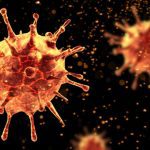 Fear is a great way to control people. Sometimes people’s ability to think for themselves is paralyzed, if they’re frightened enough! – Quote from one of the doctors in the video below. Judy Mikovits PhD a virologist who worked under Anthony Fauci who is director of the National Institute of Allergy and Infectious Diseases since … Click here to Read more 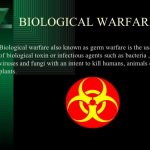 From the Fake News Communist Rag New York Times. Is this True? Even a broken clock gets it right 2 times per day! I preserve it here because we all know how they like to SCRUB stuff from the internet! April 5, 1999 Defector Tells of Soviet and Chinese Germ Weapons By WILLIAM J. BROAD … Click here to Read more

It is also alleged that OUR Military may have had a hand in it!  ‘US Army Behind Covid-19 In Wuhan’: China’s Foreign Ministry Levels Bombastic Charge U.S. gave $3.7 million grant to lab at center coronavirus scandal Frances Mulraney | Daily Mail – The Chinese laboratory at the center of scrutiny over a potential coronavirus leak … Click here to Read more 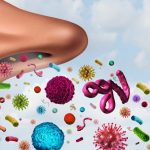 Are we at a point in time where we must require the infected to Cry out “UNCLEAN, UNCLEAN”? Leviticus 13:45-46 “And the leper in whom the plague is, his clothes shall be rent, and his head bare, and he shall put a covering upon his upper lip, and shall cry, Unclean, unclean.46 All the days … Click here to Read more

Retired US Admiral and NATO Commander James Stavridis warns something must be done to prevent the weapons from falling into terrorists’ hands.

The Sun December 26, 2016 – FUTURISTIC warheads laced with deadly diseases such as the Zika virus and Ebola could wipe out swathes of humanity if they fall into terrorists’ hands, it is claimed.

These missiles, known as biological weapons of mass destruction, could kill up to 20 percent of the world’s population – 400 million people – in a pandemic not seen since the Spanish Influenza.