This is what a Police State looks like in miniature! All we need are the uniforms and the Salute!

Star Trek the Original Series addressed this lesson from history not to try and fix societies woe’s. Sadly, we are going the way of the Nazi’s on a global scale and many can’t see the forest through the individual trees.

DC Clothesline December 29, 2016 – Magnolia, TX — Walking your child to and from school in Magnolia, Texas can now end in your extortion through fines and even jail time thanks to a new policy implemented by the school’s principal. Bear Branch Elementary School parents have done some hard learning since the year began about the relationship between schools and the American police state after they were told they will be charged with trespassing for walking their own children onto school grounds.

Butte Falls, OR — An Oregon couple has been told they must destroy a 2-acre pond on their land — the property’s most attractive feature — because the government said so.

Although Jon and Sabrina Carey purchased the 10-acre property near Butte Falls two and a half years ago, the pond has been in place for 40 years — but that fact doesn’t matter to the Jackson County Watermaster’s Office.

Click here to Read moreDoes the Government Own Rain Water?

Zero Hedge December  25, 2016 – Late on Friday, with the US population embracing the upcoming holidays and oblivious of most news emerging from the administration, Obama quietly signed into law the 2017 National Defense Authorization Act (NDAA) which authorizes $611 billion for the military in 2017.

Get this….Albuquerque Police Department to start manufacturing crack cocaine so they can arrest the people they sell it to NaturalNews  December 2016 – When Big Government goes off the rails, it’s almost like they’re smoking crack. In this case, that’s not far from the truth: The Albuquerque Police Department now plans to manufacture crack cocaine … Click here to Read more 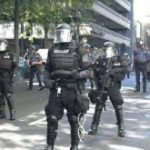 A tribute to Homeland Security and all under its umbrella By Jon Watkins  Government Propaganda 12/14/04 revised 11-25-2012 You may reproduce this but give credit where credit is due. It was originally penned by a friend who wishes to remain anonymous. I revised the original wording a bit in 2012 ‘Twas the eve before destruction, … Click here to Read more

“I was told that she [Pelosi] is leading the effort in Congress to put you out of business, Alex,” Nichols said on The Alex Jones Show on Thursday. “It’s not a joke, it’s not a rumor, it’s not fake news. She’s doing it.”

“She’s pulling all the strings in Congress.”